For the first time since I moved here, we had snow at our elevation. Snow that STUCK. About two beautiful white fluffy inches of it.

Apparently, it was the first time in ten years that its snowed all the way down to sea level.

Phillip had the day off work, and we dropped any sort of schedule we keep to just enjoy the rarity of the snow.

We started out by putting on boots and coats while we were still in our pyjamas, before breakfast, and ran around outside enjoying Simon's enthusiasm over seeing snow for the first time he can remember. 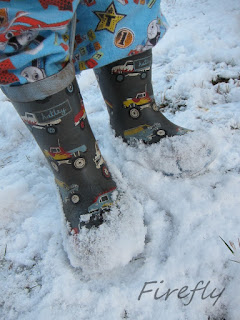 After breakfast, we bundled up and were outside right away again. We were outside as long as we could stand. Snowballs were thrown, snow was piled up, we practised running and sliding on it, and Phillip even made a little snowman. We enjoyed every moment outside until little fingers and even big toes were red and nearly too cold to feel anything.

Inside again, warm with our roaring fire, I made the boys some hot coco to warm up. Simon's first introduction to "hot choc". 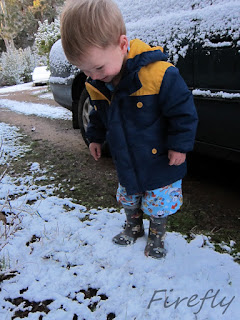 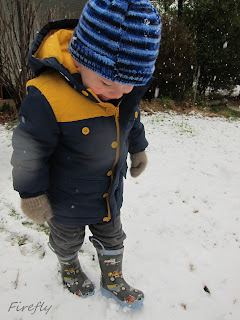 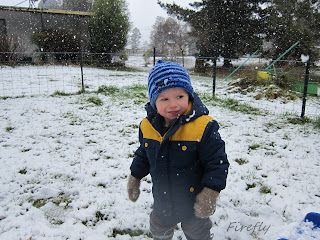 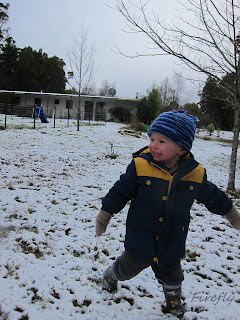