Joke was on us (Huge grin!)

So, why haven't I blogged in over two months?

Well, it turns out that, when I wrote my last entry We're Expecting, titling it as somewhat of a joke to get people to knock off with the jokes and question, "When are you having kids?"... I really was expecting.

A baby. Not chickens or a velociraptor or anything like that.

So, yes. I'm pregnant. We're pregnant. Coming sometime around Early May or late April (because babies just choose when to come, if all goes well). And no, we were not aware (fully, anyway) that while we were joking around about expecting little fuzzy fluffy babies, we were in for our own little bundle.

Until a week or so ago, I had ZERO energy. Or, if I did, the half hour I had was put into doing something semi-productive, like washing dishes, or cooking something for dinner both Phillip and I could stomach. So, between near constant nausea (motion sickness bands, anything ginger, and lots and lots of bread helped most of the time!) and the feeling like I just needed to sleep all day left little time and energy for blogging. Add to that two months of pretending like I felt absolutely fine so people wouldn't suspect a thing and time home was mostly spent in a haze of fatigue accompanied by DVDs and much reading.

At the moment, I still seem to go only every other day with having a close to normal amount of energy. But, praise the Lord, I can eat again. I WANT to eat again. A lot. And again, thank God, I have been blessed with a husband who is good enough to me to let me give into my naughty cravings (potato chips, fries, Dominos pizza) only once in a while, and helps keep plenty of fruits and veggies around the house that I actually enjoy snacking on. And no, no abnormal or odd cravings. Nothing really I wouldn't NORMALLY eat either, just a more... intense desire to eat said foods. Like tomato soup at the moment.

Phillip has also decided to cook for us at least two days a week. Real, full meals. He's getting quite good too (last nights roasted chicken legs with potato and carrot with thyme? YUM!). He's just a wonderful helpmeet. 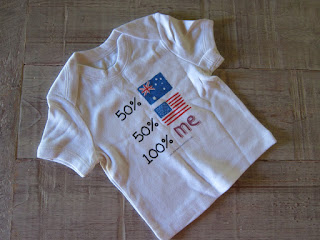