But for three years, the closest I have ever come to seeing a platypus was some ripples in a pond.

A few weeks ago (over a month at this point, I started writing this a while ago), that changed.

We had quite a bit of torrential rain and flooding a few weeks back, and just after it, we were driving to Devonport for...  I don't remember what. But because of downed power lines and flooded bits of road, we had to take a road we wouldn't normally take. As we were driving along, Phillip SOMEHOW spotted a platypus swimming in the gutter on the side of the road. He backed up (this was a fairly deserted country road) and pulled over so I could get out of the car and waddle over to it (I am somewhat largely pregnant at the moment). Sadly the only camera I had on me was on my phone, but thankfully the platypus wasn't very fearful of me and rather slow, and only had the bit of water in the ditch to swim away in, so I got a few OK shots in.

Phillip, somewhat jokingly, asked me why I didn't pick it up. My response was that I didn't want to die.

You see, male platypuses have little spurs on their back feet that are capable of moving on their own, much like how you wiggle your toes. And they produce a rather painful venom that they can inject you with using these spurs. Its powerful enough to kill small mammals, and while there are no reported human deaths, I'd rather not chance it. Especially after the story Phillip found about one man who had been stung by a platypus. On Wikipedia. (Which you can read here!) Pain. Excruciating pain is what seems to mildly describe a platypus sting.

Still, day made! Week, even! Australian mammals are pretty exciting to begin with, but there is just something extra special about the platypus. 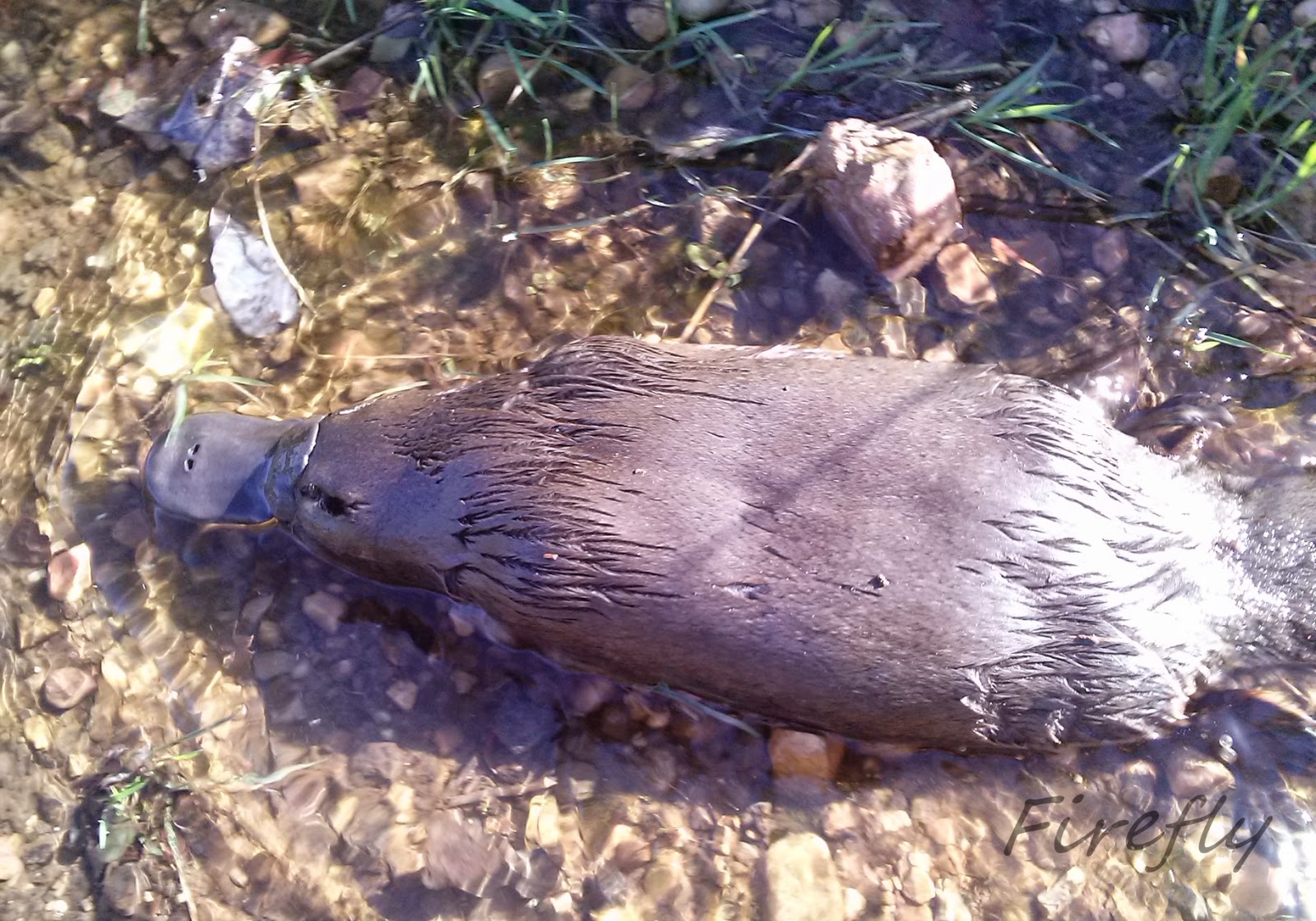 As a side note, when Simon woke up from his nap in the car, I showed him the photos and told him "Platypus!", to which he responded, "Plap!" all of once, and never again.